Review: The Violent Bear It Away 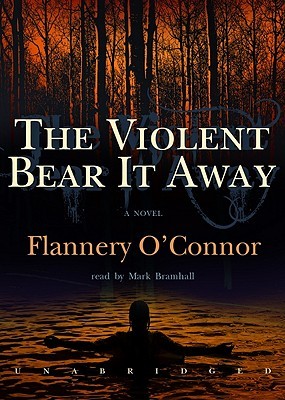 What the heck did I just read? It’s been a long, long time since I finished a book with such thoroughly unlikable characters. There was absolutely nobody in this story that was likable. Not even a little.
The writing itself is beautiful, and was the only thing that kept me slogging through the train wreck of a story. O’Connor fills the tale with some wonderful imagery and symbolism, so this could be a fun book to teach, but getting kids to read it would be difficult, and the payoff is so small.

That last driver Tarwater hitches a ride with … What the heck? Where did that come from? Yeah, yeah, the randomness of fate, but … Just, wow.

The ending was rather predictable after that last car ride. Okay, really, the last car ride was like just an interesting side issue of his journey. Most readers will know from the beginning what Tarwater will do at the end of the story.

I listened to the Blackstone Audio edition of this novel and the narrator did an excellent job of differentiating between voices/characters. I especially liked the voice of Old Tarwater.