Review: On the Beach 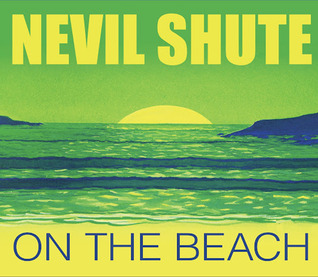 “I shouldn’t like to give too enthusiastic a review of this novel,” the reviewer said.

“Oh darling, can’t you at least try?” his conscience pleaded.

“Perhaps,” he answered, smiling. “But only after I’ve had another whiskey.” He paused as his sarcastic side muttered something into his beard. “What’s that, old boy?” the reviewer asked.

“To hell with it,” the sarcastic one answered. “The novel was a bloody bore and you know it. Just be out with it already. Don’t drag on about it the way Nevil did. Your readers don’t have all day.”

“Yes, I suppose you’re right at that,” the reviewer admitted. “Very well then, I will get on with it, as you say. But first, tell me what you have there in that red box.”

“Some pills I’ll be swallowing soon enough if you keep dragging on about this review,” the sarcastic side answered.

“Oh dear, but he IS a dreadful beast,” his conscience said.

On the Beach is a novel about the survivors of a 1960s nuclear holocaust. They survived World War 3, which was fought in the northern hemisphere, and are facing certain death as the trade winds shift to blanket them in lethal radioactivity.

Nevil Shute gives us that set-up pretty quickly and the opening is clever and interesting. But then the book buries its feet in quicksand up to its ass and pretty much nothing happens until the end.

Yeah, I get he was showing us how bleak and desolate the world is (would be) after a war fought with atomic weapons. That’s why the submarine goes to Seattle. I understand. I get that some people refuse to face reality and keep talking about what they’ll do next spring or summer. Others accept it and face the end in their own way.

I’m being pretty harsh. The book isn’t awful. It’s just too long for the amount of substance Shute has to present. The characters are pretty shallow.

My biggest complaint, though, is that Shute gives us a post-apocalyptic world populated with survivors who know they are going to die in the late summer, and yet they all remain horribly polite and responsible citizens. There’s no panic, no looting (until a bare mention at the very, very end), no murder to acquire the special goodies one would covet to enjoy in his or her final days. Everyone is properly British right up to the end (and this includes the Americans, really). Maybe in the late 1950s people really thought their neighbors would remain civil right up to the final breath, but in the post-Mad Max world of apocalyptic fiction we know better.

And yet … and yet … I’ll confess to a slight lump in the throat as the lead characters began to succumb to the sickness in the end. I guess I’m a sucker like that.

In the end, it’s an interesting period piece with a much better set-up than pay-off. Unless you’ve read all the other post-apocalyptic fiction available to you, I wouldn’t necessarily recommend this one because it is very, very slow and uptight.

I listened to this on audio. The narrator did a good job for the most part, though the American submarine commander sounded like a Brit impersonating an American.

One response to “Review: On the Beach”